Does The Doheny House # 1 qualify for the National Register of Historic Places?

The Draft Environmental Impact Report (DEIR) was required when alarmed residents of Capistrano Beach and Dana Point opposed demolition of the building long considered the symbol of early Capistrano Beach development. The Historical Resources section of the DEIR (October 2008) by architectural historian Terri Jacquemain reviewed all previous studies on the Doheny House including the 1997 AEGIS citywide historical resources survey by Wright and Stoddard, The 2005 Historical Survey of the Doheny-Leyden Palisades House, by Cynthia Ward, Architectural Historian, and the 2006 Project Plan Review by Wilson, as well as public records associated with the proposed project. 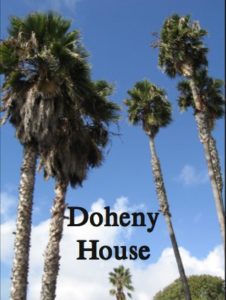 The National Register Criteria for Evaluation asks if the quality of significance in American history, architecture, archeology, engineering and culture is present in districts, sites, buildings, structures and objects that possess integrity of location, design, setting materials, workmanship, feeling and association, and one of three other areas subtitled below:

A. That are associated with events that have made a significant contribution to the broad patterns of our history. Ward stated that the structure at 35101 Camino Capistrano is considered historically significant and potentially eligible for the National Register of Historic Places for the following reason: The house is associated with events that made a significant contribution to the broad patterns of our history, specifically the development of Capistrano Beach under the ownership of the Doheny family and under the supervision of the Leyden family. Ms. Ward stated, “There is no question that the Doheny family owned the house, and it was likely commissioned by Ned Doheny himself, shortly before his premature death.” Terri Jacquemain wrote, “Currently, the Doheny House is in good condition with virtually all of its essential design elements intact. As such, it retains the necessary integrity to relate to its period of origin–i.e., 1929-1945–and the ability to convey its historical significance through its location, design, materials, workmanship, and feeling.”

B. That are associated with the lives of significant persons in our past. Ms Ward stated, “The house is associated with the lives of persons significant in our past, specifically the Doheny family as the owners and developers of Capistrano Beach and under the supervision of the Leyden family who represent the early years of the development of the area. The house was also the first residence of Louise Leyden, daughter-in-law of Harrison Leyden and an artist of national repute who began her artistic career during her residence at the Palisades house.”

We all know that Edward L. “Ned” Doheny Jr. was the only son of the wealthy Doheny family, who had made millions in oil production and owned a fleet of tankers. Ward stated, “The senior Ed Doheny continued his [deceased] son’s Capistrano Beach project, including the Palisades House #1 at 35101 Camino Capistrano.” Ward reported that tax records show the lots that comprise the Palisades House were assessed taxes based upon Unimproved Property in 1928. The Doheny family had not built the house at 35101 prior to the purchase of the multiple lots.

The Dohenys were active in local Capistrano Beach events, including an annual Christmas party for Palisades children (L.A Times, 1930) and the generous donation of the land for Doheny State Beach (DohenyStateBeach.org) in memory of their son Ned (1931). Estelle Doheny funded the money in 1950 to build St. Edward the Confessor Chapel (StEdward.com) in Capistrano Beach (now San Felipe de Jesus) in memory of her husband, Edward L. Doheny, Sr. and supported the chapel until her death (1958).

C. That embody the distinctive characteristics of a type, period, or method of construction, or that represent the work of a master, or that possess high artistic values, or that represent a significant and distinguishable entity whose components may lack individual distinction: Ward wrote, “This Spanish Colonial Revival house is an excellent example of the romantic building styles prevalent between the world wars in Southern California.” Terri Jacquemain stated, “It (the style) is typically characterized by low-pitched tile roofs, stucco exteriors, arched door and window openings … All of these characteristics are incorporated in the Doheny House’s design to fulfill its original purpose, i.e., as the premier flagship home and an illustrative example of the style intended for the development of Capistrano Beach.” Ward also observed that the structure could qualify as a representation of the work of a master if additional research yields the identity of the architect. She stated that Roy C. Kelly is a likely architect and a master in his field.

Terri Jacquemain of CRM TECH did subsequent research and reported that long-time Capistrano Beach residents Malcolm and Kathryn Wilson showed her Kelley’s original blueprints and plans for a number of buildings in Capistrano Beach, including one bearing his signature (Kelley c. 1929). She concluded, “Kelley is identified as the architect of at least five buildings in Capistrano Beach and an addition to the Capistrano Beach Clubhouse, formerly located on the beach below the Doheny House. One of the buildings owned by the Capistrano Beach Company is identified as “Palisades House No. 4” in Kelley’s plans, which suggests a previous succession of buildings bearing smaller numbers.” The Doheny House is also called “Palisades House No. 1” in various historical and newspaper accounts. All subsequent research has yielded the identity of the architect as Roy C. Kelly, and his five sets of original blueprints were displayed at the May 11, 2009 City Council meeting by Kathryn Wilson and prove that he was working for the Capistrano Beach development. In addition, a July 1929 L.A. Times article introduced by the Dana Point Historical Society on May 11, mentions that “Roy C. Kelly of Capistrano Beach” received an architectural award. In a letter to Doris Walker- Smith, Orange County historian, Louise Leyden wrote that Ned Doheny Jr. “… sought out Roy C. Kelly to purchase his complete folio, asked him to move to Capistrano Beach where he could devote full time to the building in every detail of his attractive houses fashioned to fit the terrain and taste of the owners.” Mr. Kelley’s architectural studio, with living quarters above and workroom below, was built where five streets converge at an island on Calle Dolores at Vista del Mar.” No evidence whatsoever has been submitted that any other architect designed Palisades House No. 1.

As part of the alternative proposal discussed at the May 11 City Council meeting, the developers proposed demolishing approximately 48% of the house to free the most northern lot and then building a garage in front of the remaining portion of the home, based on the premise that the garage, guest room, and bonus room were not original to the home. Cynthia Ward had refuted that theory in 2005 when she stated, “There is no evidence whatsoever to support this theory.” She found that building material is consistent throughout the structure and that the original electric panel of the home is on the garage wall. 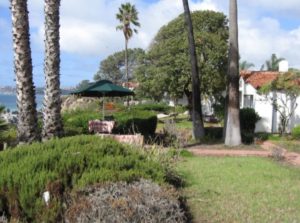 Wilson warned in the 2006 Adaptive Reuse Feasibility Study (Thirtieth Street Architects, Inc.), “The deletion of the original garage, guest room and bonus room significantly affects the potential National Register of Historic Places listing. The overall site context changes without the garage on the street, the deletion of the guest room, deletion of the bonus room and the exclusion of the lower patio.” Ilse Byrnes, San Juan Capistrano historian and Orange County Historical Commissioner, who has successfully documented and nominated buildings to the National Register of Historic Places, stated at the February DPHS meeting that, in her opinion, the Doheny House would qualify for the National Register of Historic Places. However, on May 10, the day before the City Council met, Byrnes expressed this fear: “With the proposed changes and alterations of the Doheny House–it will never qualify for the Mills Act or the Nat. Reg. Years ago I nominated the commercial building on the corner of Del Mar and El Camino Real–it was not eligible due to alterations on the inside and some on the exterior, so with such massive changes to the existing Doheny House it will be the same scenario.”

There are other alternatives to partial or entire demoliton: The Doheny House estate could be restored as the exceptional private residence it is and then sold as was required of the Dolph House, or The Doheny House could be nationally marketed for a prospective buyer who is interested in restoring a historical residence that qualifies for the Mills Act and in owning the iconic home of Capistrano Beach, one listed on the National Register of Historic Places.

What is the status of the Doheny House?
2007

The Dolph House (1914) and The Doheny House (1928) were placed on the Historic Register by The City Council due to the historic significance of each building, when the Historic Resource Ordinance was passed in March 2001. The Kiko Trust restored and rehabilitated The Dolph House according to the National Standards for Historic Rehabilitation and also applied for the Mills Act. The owner of The Doheny House sold the home to a partnership that has applied to demolish the home to redevelop the five-lot property estate. Such a permit request required an Environmental Impact Report (EIR) on a property designated historic by the City of Dana Point, as required by the California Environmental Quality Act (CEQA). Erica H Demkowicz, AICP, Senior Planner, City of Dana Point, recently stated, “When the EIR is completed and once all the information has been incorporated, including the Geotechnical Report, the EIR will be made available for public comment. During this public review period people may write letters, etc. in response to the prepared EIR. This public review period may be sometime in Spring 2008. Public hearings before the Planning Commission and/or the City Council would be thereafter.” The DPHS submitted letters requesting the current EIR and had done so for a previous permit requests to move and/or partially demolish The Doheny House. The Doheny House is thought to be the most important of only 20 homes that still remain in the development built by the Doheny family of Los Angeles.