April 25 Meeting: “San Juan by-the-Sea, the City that Never Was”

April 25 Meeting: “San Juan by-the-Sea, the City that Never Was”

Please join us for our next Society meeting, which will feature a special presentation by local historian Diane Lewis. 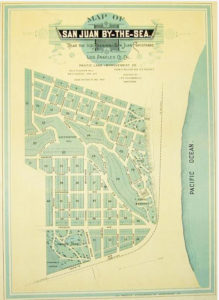 On Tuesday evening, April 25, at 7 p.m., we will have Dana Point and San Juan Capistrano Historical Societies member Diane Lewis present a program entitled “San Juan by-the-Sea, the City that Never Was,” which tells the story of the area now known as Capistrano Beach. Back in 1887 the area was to be part of a Southern California development, led by a railroad subsidiary, that planned to expand in the area.  The company bought land along the track and became the developer. 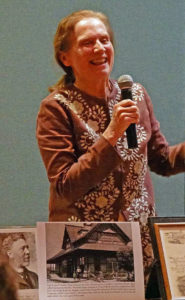 Lewis (shown left), who holds a master’s degree in art anthropology, will present her slide show and narrative about the forgotten town, which includes stories about the Forster family, Judge Richard Egan and actress Madame Helena Modjeska.

Please join us in the City Hall Chambers for a fascinating peek at local history. Note that our meeting is on Tuesday rather than our usual Wednesday due to schedule conflicts. A reception at the Society’s museum will follow the program.