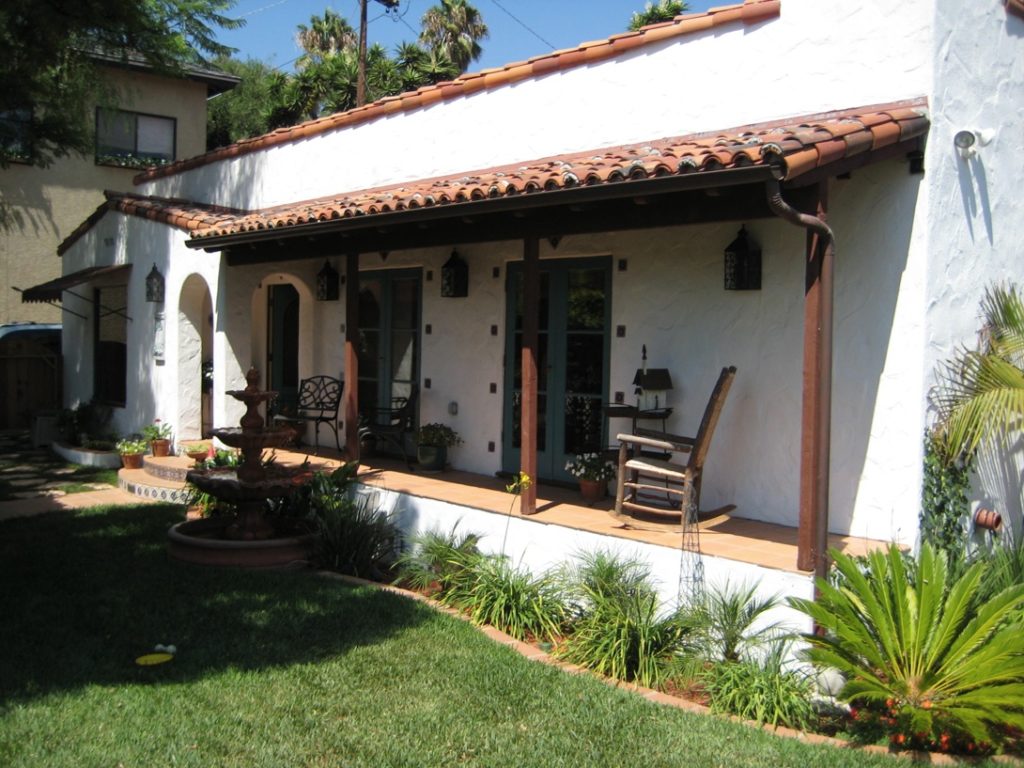 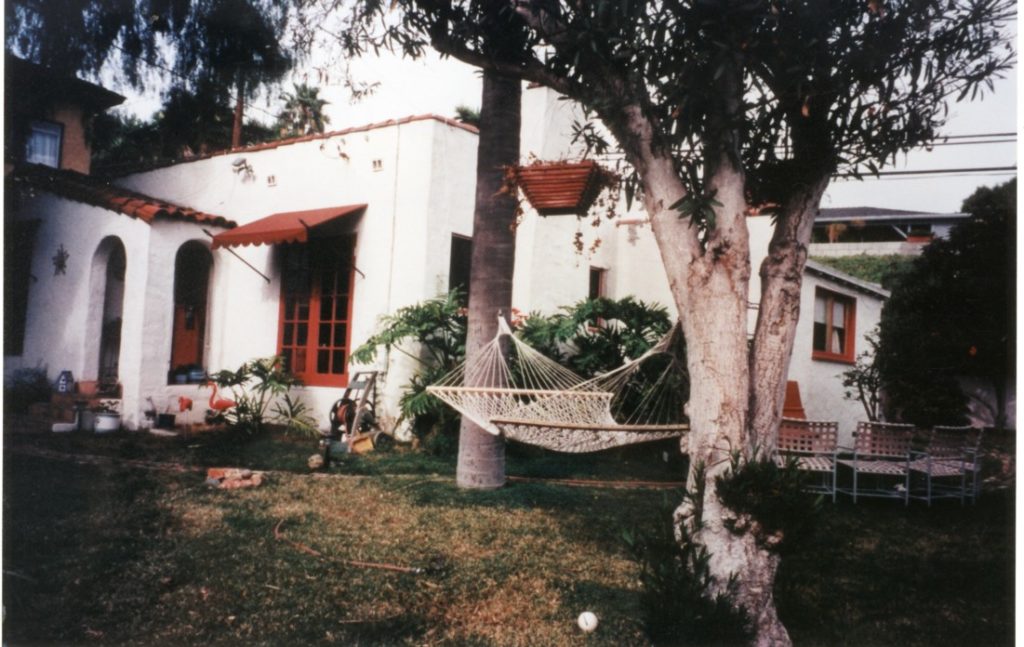 The first photo depicts how this charming home appeared when featured on the Dana Point Historical Society Inaugural Home Tour in 2000 and the second photo as it appeared on the 2007 Home Tour, after an extensive restoration and expansion by the Howards who sold the home to the current owners. The house was originally built as a Spanish Colonial Revival bungalow with an arched small entry porch in the front gable, stucco walls and red barrel tile on the gables. The second photo shows that the architecturally sensitive remodel extended the porch across the front of the house, created an interior entrance hall and doubled the living area. Anything that wasn’t original was torn out before adding a master bedroom and bathroom at the rear in 2006. The renovated kitchen maintains the period feel with Mexican Talavera tile. The beautifully landscaped garden has three fountains, decorative tiles and an outdoor fireplace. The charming original ‘Model A” garage is now connected to the house with an arched breezeway to match the original entry arches. A gated front arbor provides privacy to the front garden area. This Doheny home is a perfect example of a restoration that balances sustainability with the historic integrity of the original structure.