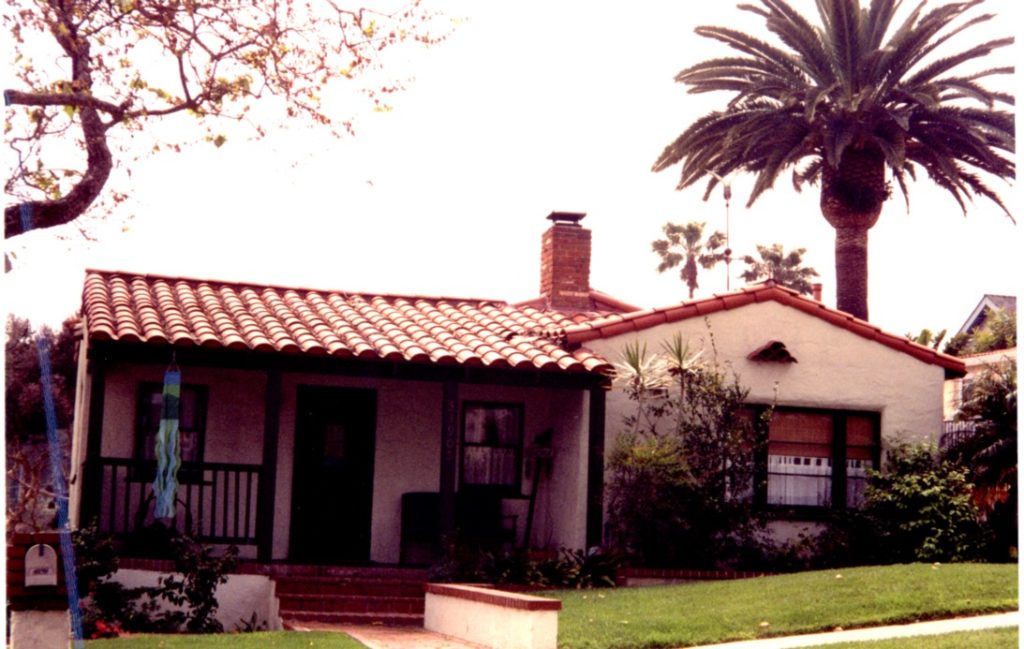 This one-story Spanish Colonial Revival bungalow has many of the features of the style. The house is built in a “T” plan with an intersecting gable roof and a porch in the front ell under the eave of the side gable roof which is supported by square wood timber posts. A wood plank door opens on the ranch style porch and two double-hung windows are shaded by the porch. The front gable wall is emphasized by a large fixed window with two smaller casement windows on either side and tile vents above the window. There is a brick center chimney. The replacement of the tile roof, which was missing from the home at the time of the historic survey in 1996, has restored the home to its original appearance. The homeowners were presented with a Woodruff Historic Home plaque by the Mayor and City Council on January 15, 2008. The City Council also announced their approval for the restored home to qualify for Mills Act property tax abatement program at that meeting.